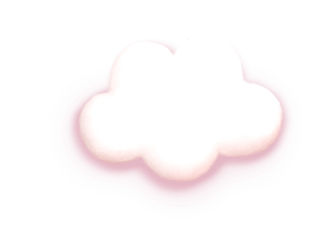 How to Fold Baby Clothes, Onesies and Sleepers

One of the many great things about having a baby is dressing them in fun, tiny outfits. Any expecting parent who’s gotten emotional seeing a pair of itty-bitty pants with a friendly animal appliquéd on the butt can tell you that. But all that cuteness comes with some confusion, namely—baby clothes are so small and have such different shapes compared to your own clothes. How the heck do you fold them? We’ve got you covered like friendly sloth-printed footie pajamas. Whether you want to fold baby clothes flat or learn other techniques, you can find your step-by-step guide here.

How to Organize Baby Clothes with Different Folding Methods

Folding and organizing your baby’s clothes might seem like a hassle, especially with so much else to think about as a new parent, but it can save you time and energy in the long run by making outfit selections easier and giving the nursery a calmer, cleaner feel.

There are several different ways to fold baby clothes; here are a few of the most common.

Another way to fold baby clothes that’s gained popularity in recent years is the KonMari folding method, which saves space and allows you to see all your clothing options at once. This involves folding clothes into a small parcel that can stand on its end, then “filing” the parcels away in the drawer. We’ll lay out the details of KonMari folding later in this article.

A third style you can use to organize baby clothes is to fold the clothes into long lines and then roll them up. Like KonMari, this method also allows you to pack many pieces of clothing into a small space and to see them all at once.

How to Fold Newborn Clothes

Some types of newborn and baby clothes are fairly straightforward to fold the flat, traditional way because they have the same shapes as their grown-up counterparts.

For example: to fold baby pants, first fold them in half vertically, so the two legs are together, then fold them at the knee to make a little rectangle that can easily be put away in a drawer. To fold a baby T-shirt, first fold the sleeves in behind the back, then fold the shirt in half at the chest. This is probably very similar to how you fold your own pants and tees.

Other items might give you more trouble due to a new shape, but if the purpose is to make the clothing items neat and organized in a drawer, then usually you can figure out how to turn any piece of clothing into a passable rectangle. In the case of cloth diapers, for example, fold in the tabs on the sides and then fold at the middle to make a neat bundle for stacking.

Below are some step-by-step instructions for how to fold several of the most common items of newborn baby clothing.

How to Fold Baby Onesies

How to Fold Baby Onesies

How to Fold Baby Socks

Baby socks are folded just like you probably fold your own socks. There are just two steps:

What Clothes Should Be Hung?

Some baby clothes should not be folded. If your child has any “special occasion” clothing, like dresses or suits, those items should be hung in the closet to keep them from wrinkling. Outerwear, such as jackets and coats, is another category of baby clothing that’s often hung up instead of folded and put away in a drawer. Over time, you will develop a sense of what works best for you to fold and to hang—every family is different, after all. No matter what you choose to hang up, you will need little hangers designed for baby and toddler clothes. (You can ask for these on your baby registry.)

How to Fold Baby Clothes to Save Space

So to fold a onesie using this technique, lay it flat on the table and fold in the sides, also folding down the sleeves so they run straight down the back. Then fold it in thirds or fourths to get that little bundle.

To fold baby pants using the KonMari method, first fold them in half, then fold until they have that thick bundle shape that will allow them to stand on end.

To fold a sleeper in KonMari style, fold in the sides so that each leg of the suit is folded in half vertically, fold the legs up at the knees, then fold over into a little bundle.

This vertical storage method allows you to save space and see everything you have of a particular type of clothing at once.

How to Fold Baby Clothes for Travel

Whatever your preferred folding method for baby clothes, if it works for home, it’s perfectly suitable for travel. But if you want to take your packing to a completely new level, then allow us to introduce … the outfit roll. The outfit roll is assembled as follows:

There are plenty of different ways to fold baby clothes, and you should pick whatever feels simplest to incorporate into your life because baby laundry pretty much never stops! Many parents don’t bother folding at all. When creating a nursery, they use shelving that fits decorative bins inside, and they keep a bin for each type of clothing item. Whenever the laundry is done, they simply sort the clean clothes into their proper bins. While this method results in a bit of chaos inside each bin, you might decide it’s a price worth paying to never have to deal with folding tiny pants. Whatever organizational method works for you, make sure all your baby clothes are washed in Dreft, the #1 pediatrician-recommended baby detergent!

Get ready for baby